Walking Tours fascinate me, always have. There is no better way to really explore a city than to walk around, wander and allow yourself to wander.

During our first ever visit across the pond, over Thanksgiving, two years ago, we decided to take as many recommendations from friends and family for foodie places and visit as many as possible.

But New York is such a huge city and wrapping your head around the travel routes or getting to the best foodie spots is not possible without a proper plan or maybe a good walking tour. We found a free walking tour online and took a chance and booked it. 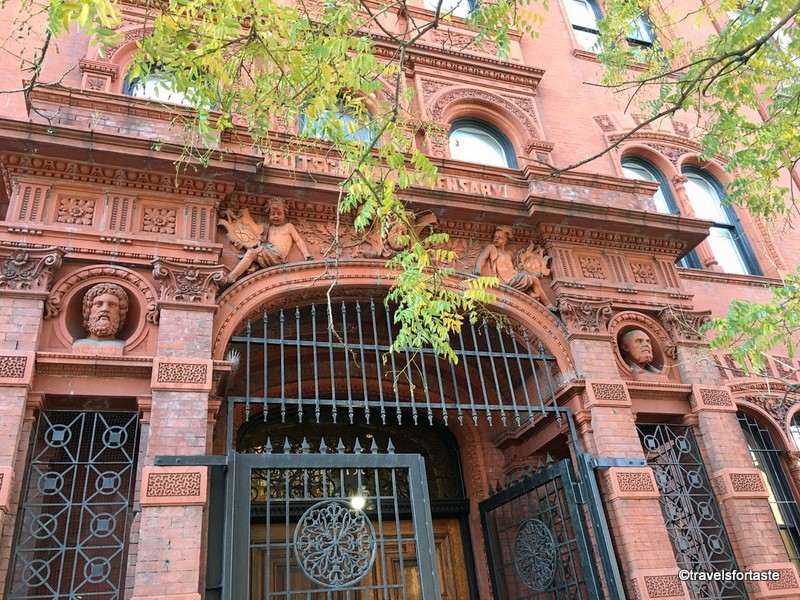 One of the reasons I was drawn to this tour was the opportunity to sample foods from various cultures in the space of an hour. How else can you devour Kosher treats to Eastern European sausages and a large portion of ice cream all in the space of few hours 😉

After walking along the Brooklyn Bridge the day before and clicking a million photos I was eager to explore another part of the Big Apple. The group wasn’t too big which is always good, have seen very large walking tour groups many a time in London and I really feel for the tourists. 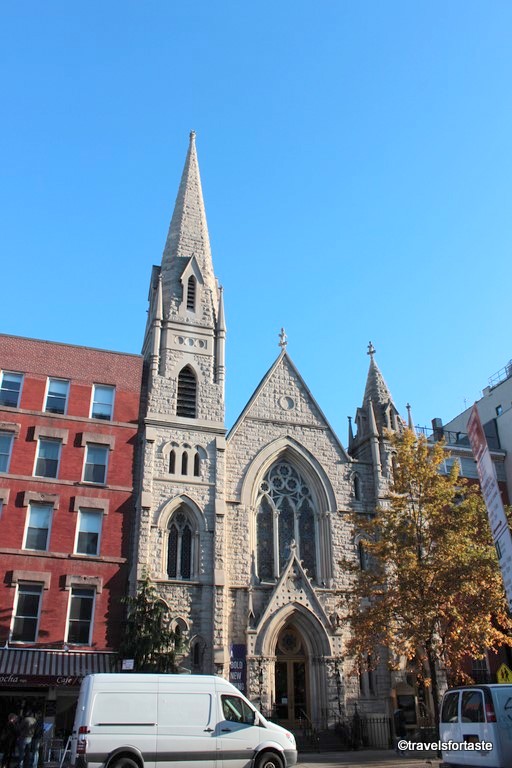 It’s always a good idea to start off with a Frankfurter aka a hot dog. Papaya King has been in business since 1932 and everyone from Julia Child to Martha Stewart. Who can say no to a hot dog declared as the best in NYC by the likes of Anthony Bourdain? 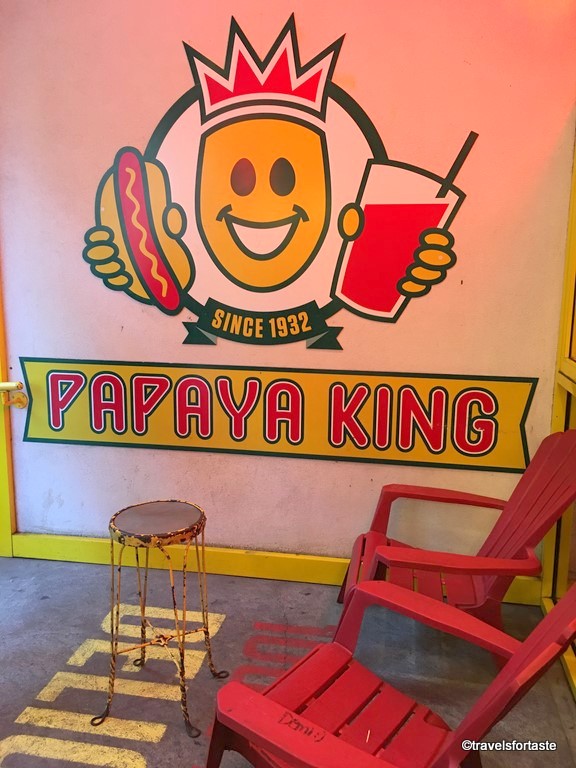 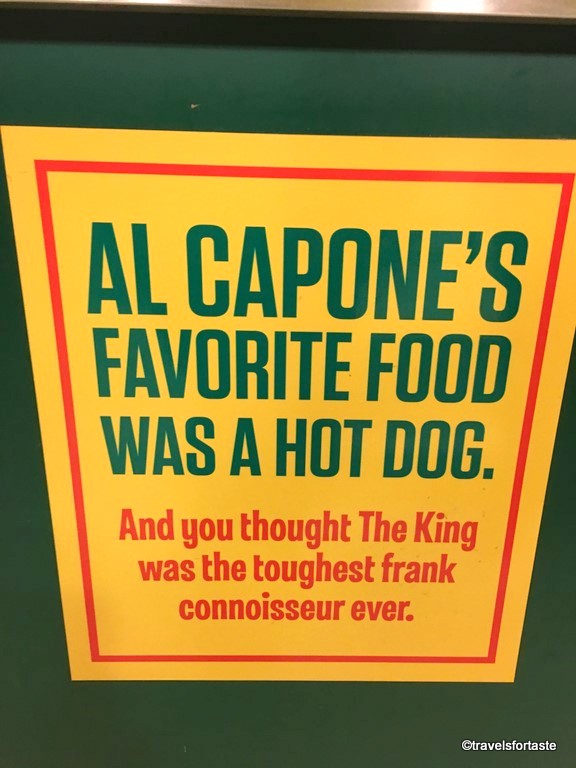 Another very interesting stop was Baczynsky Meat Market, established in 1970 by Baczynsky who came to the east village all the way from Ukraine. Give the kielbasa or smoked sausage a try, they are smoked in-house and while you are at it, why not take home some of their delicious smoked ham? 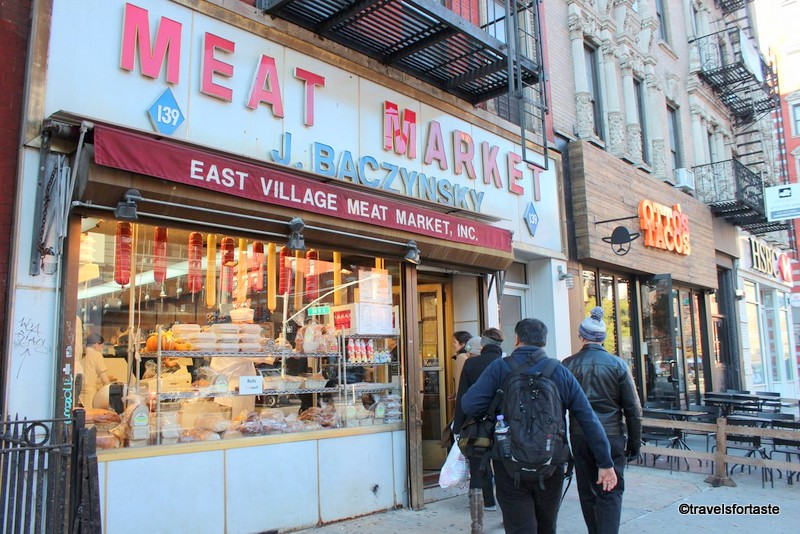 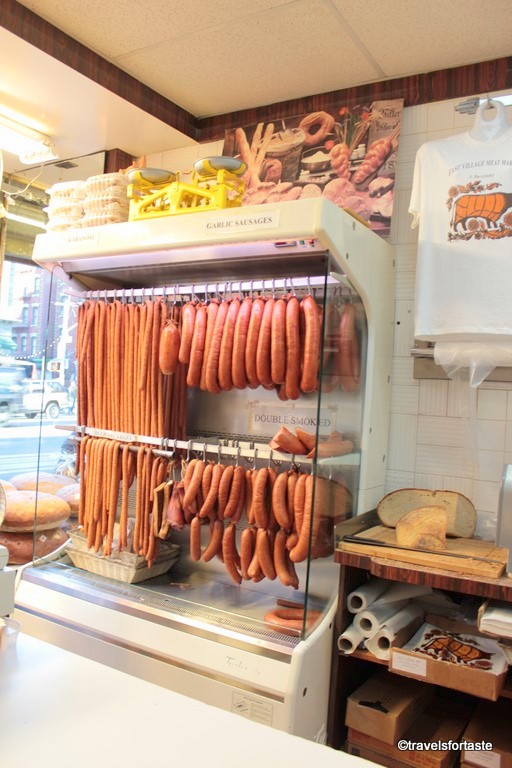 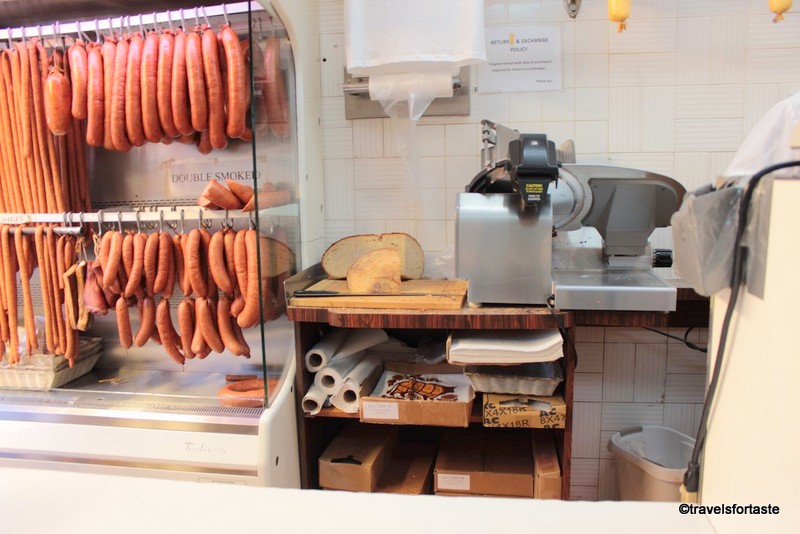 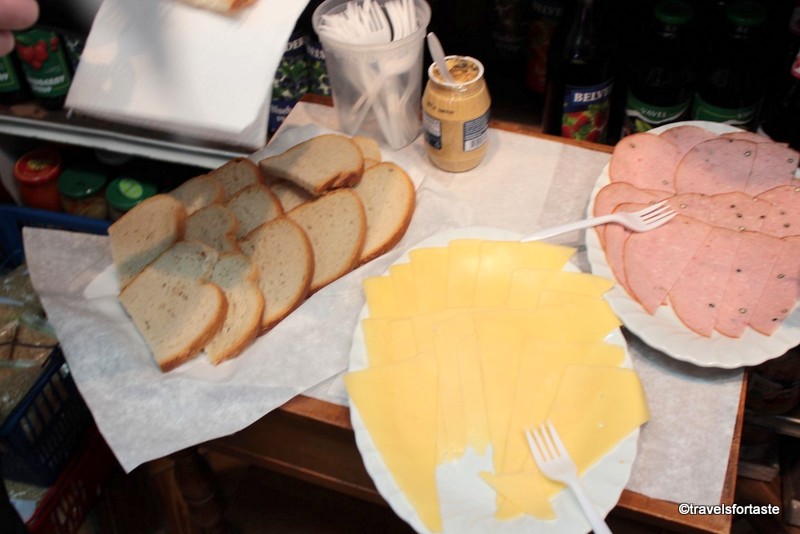 Our guide shared some local history with us as we strolled into a fantastic Jewish Bakery called Moishe’s Bake Shop. My DH and our lovely hostess for our stay in NYC were as eager as I was to sample some treats and we picked the rugelach. I couldn’t stop at one and took comfort in the fact that many of the other folks on the tour also gave into the temptation of a second helping. In the face of such a wide variety of fantastic baked goods, which Moishe’s have been baking since 1978,  I don’t blame anyone for their defences crumbling! 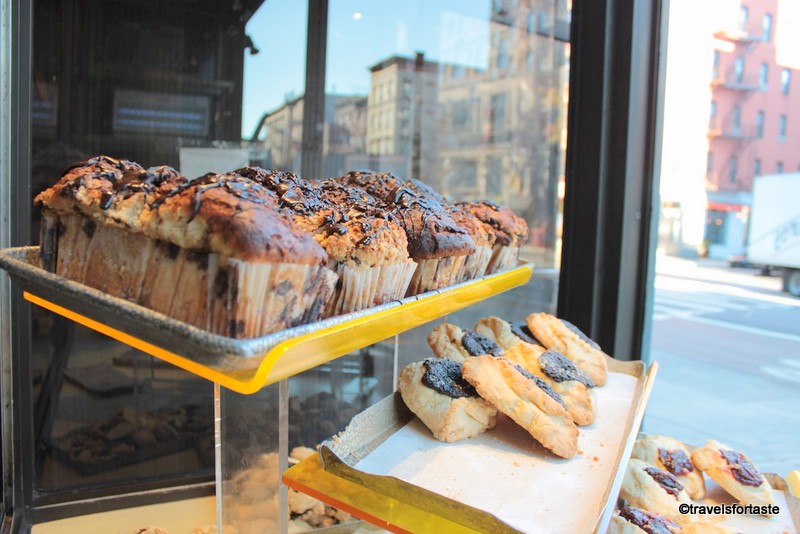 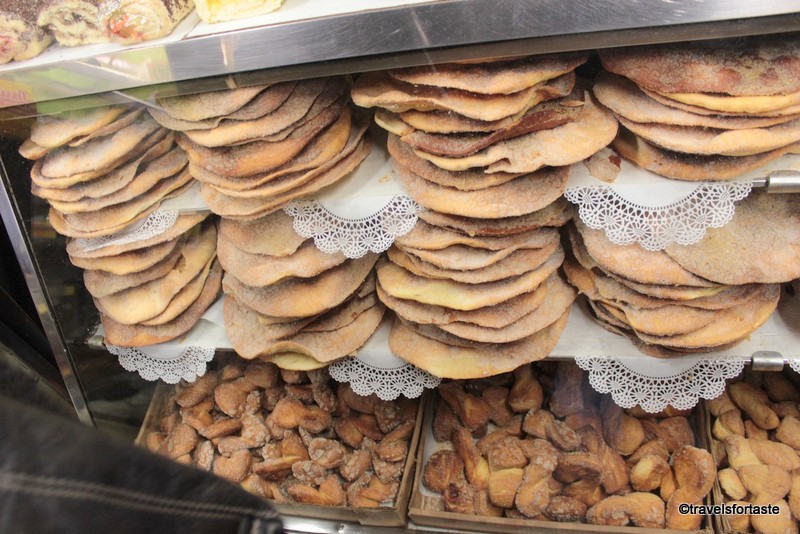 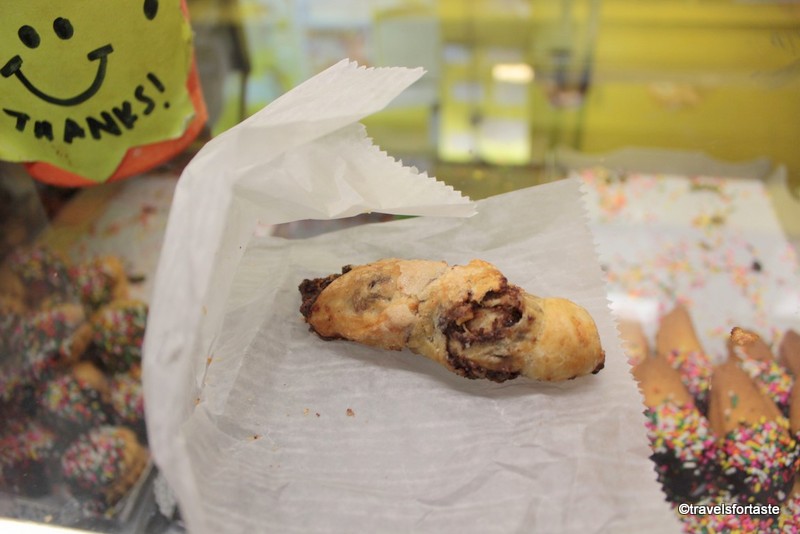 Now one would think that after eating at so much food, we would firmly refuse any ice-cream, that too American portions being massive it was a complete no-no. But the last stop on the tour had Star Wars themed ice cream on offer…hum… we were on holiday after all;) 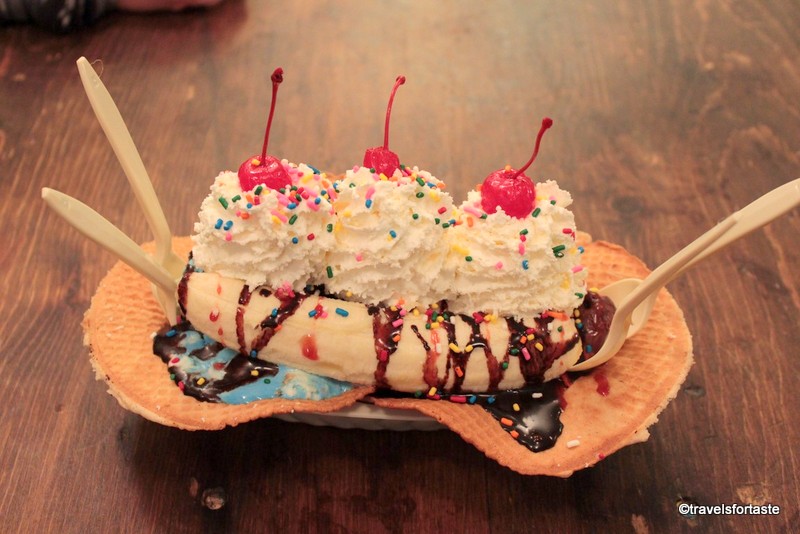 Multi-cultural cities like New York always remind me of the vibe that cities like Mumbai and London exude. They seem to embrace every culture and make it their own.

Walking food tours like one epitomise one thing – that there is no better way than to travel the world via your taste buds without a passport! 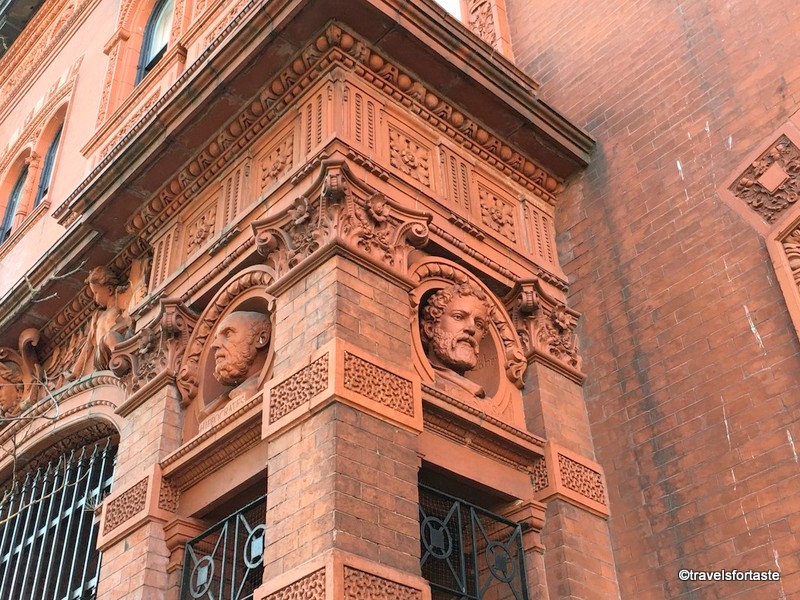 Though the tour as such is free, you do have to pay at each stop to sample the food but most places do offer generous portions for a few dollars. I did tip our guide quite generously though some folks who didn’t wait to get desserts didn’t, it is a matter of personal choice.

After the tour, we took detailed instructions to get back to Upper Manhattan then promptly lost our way (again) Change of plan on the spur of the moment and Thanks to some tips from friendly folk we found our way to Greenwich Village and spent a few happy hours exploring the place – also a fab way to walk off the calories we consumed eating such a variety of delicious food. To explore the various places the tour guide will take you to and their tours check out details here

Coming up on Travelsfortaste soon:

Meanwhile, why not read some of my other travel adventures including my experience of a local London walking tour? 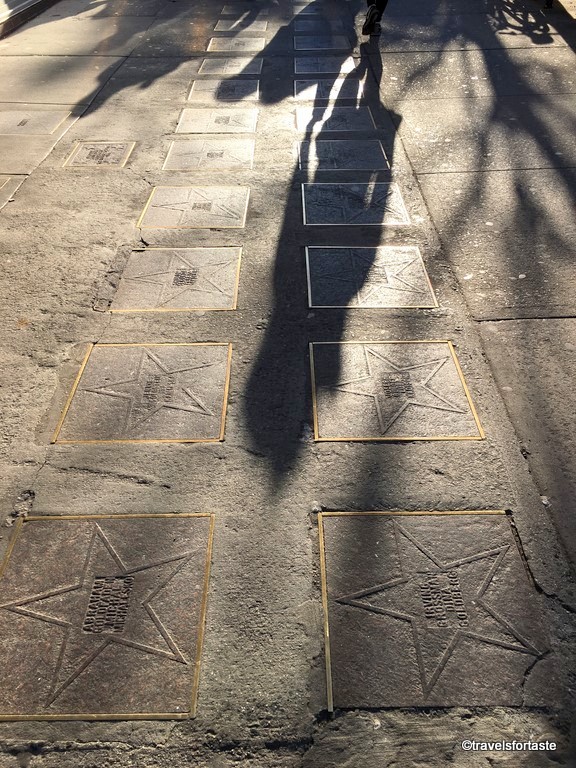 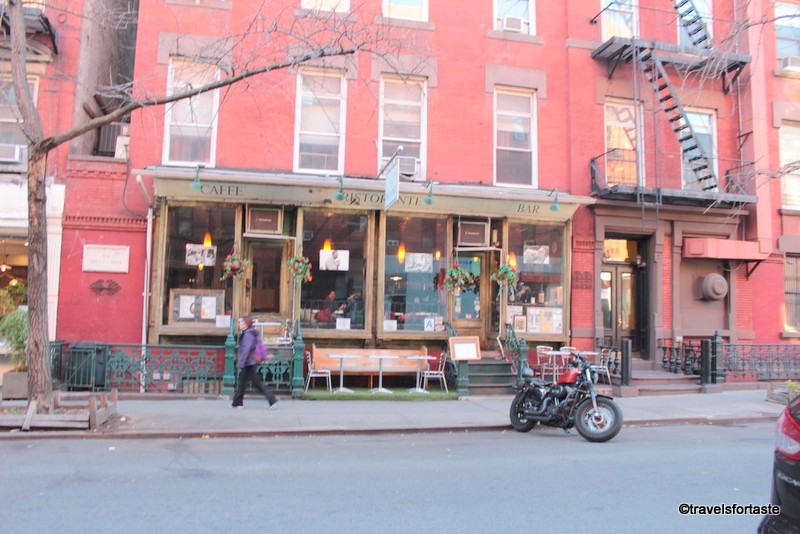